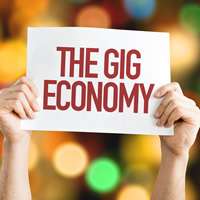 The Law Society has suggested that people working in the “gig economy” should be assumed to have access to standard employment rights.

The representative body for solicitors in England and Wales has argued that employers should have to demonstrate why its workers shouldn’t be entitled to rights such as paid holidays and a minimum wage.

The intervention comes after another key ruling earlier this month, in which a Tribunal concluded that a bicycle courier had been wrongly classed as a self-employed freelancer by CitySprint.

The success of the claim, brought by South Londoner Maggie Dewhurst, could set an important precedent for a number of similar cases set to be heard later this year.

The Law Society’s comments were in response to a call for evidence from the Business, Energy and Industrial Strategy Committee on how changing employment models were impacting on Britain’s working practices.

In its submission, the society makes the case that employment status is at present rather sketchily defined and it may be time to reassess whether the legal definitions are fit for purpose.

A spokesman said: “The Law Society does not take a view as to whether this new model of work is a positive or negative development. Our interest is in exploring how employment law can best work in the modern economy.

“One problem with existing law is the separate categories of ’employees’ and ‘workers’, enjoying different levels of rights. The very existence of a separate category of ‘worker’ creates uncertainty. As a result many people have no clear idea of their true legal status.

“This can encourage a business to try to impose a particular status, which is more closely related to what they wish the relationship to be rather than what the relationship is in reality.”

For expert advice on employment rights, please contact the head of our Employment team Susan Bernstein or visit.