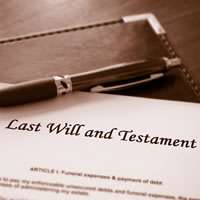 The laws surrounding writing a Will are “unclear and outdated” and serious changes need to be made to bring the process up to speed with the modern world, the Law Commission has said.

According to reports, the Commission is calling for a new ‘mental capacity test’ which would take into account conditions such as Alzheimer’s disease.

Professor Nick Hopkins, of the Law Commission, explains: “Conditions which affect decision-making – like dementia – aren’t properly accounted for in the law.

“That’s not right and we want an overhaul to bring the law into the modern world.”

The Law Commission has also suggested that the “testamentary age” for making a Will in the UK should be reduced from 18 to 16.

The calls come at a time when research has revealed that as many as 40 per cent of UK adults do not currently have a Will.

Worse still, according to the Law Commission, many of those who do have a Will are not having their intentions carried out correctly after their death, because these documents have not been drafted in line with the UK’s complex and confusing formality and inheritance laws.

In many cases, this may be because Britons have failed to consult a specialist solicitor who is familiar with the intricacies of the law when drafting their Will.

The concerns raised highlight the importance of seeking specialist legal advice and assistance with all delicate legal matters – to ensure that any official documents drafted, such as Wills, are always legally-binding.