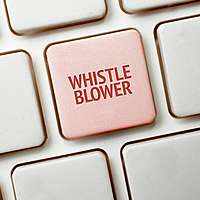 A landmark Supreme Court ruling in favour of a Royal Mail employee is expected to bring added protection for whistleblowers.

Campaigners have welcomed the ruling as ‘a step in the right direction’ after the court found that the employee was unfairly dismissed because her line manager had created an unjustified reason to dismiss her.

The unanimous Supreme Court decision followed a long legal battle bought by Kamaljeet Jhuti, who was employed as a media specialist in Royal Mail’s MarketReach unit.

Soon after starting she raised concerns that a colleague had been breaching company policy by offering incentives to existing customers.

Ms Jhuti claimed that following her actions, her line manager, Mike Widmer, attempted to force her out of her job by setting impossible targets.

She was dismissed in July 2014 after another manager was asked to review her allegedly inadequate performance. However, the manager was not told of her concerns about breaches of company policy or her complaints against her line manager.

The Supreme Court ruled that Ms Jhuti had been unfairly dismissed, even though the decision to sack her was made “in good faith”.

Lord Wilson said: “Where a more senior employee decides someone should be dismissed for a reason but hides it behind an invented reason which the decision-maker adopts, the reason for the dismissal is the hidden reason rather than the invented reason.”

The judge said Mr Widmer had responded to Ms Jhuti’s concerns by deciding to pretend that her performance of her duties is inadequate, which in result created a false picture of her.

Francesca West, Chief Executive of whistleblowing charity Protect, said: “This judgment is a step in the right direction for employers to have to tread with caution where there is a background of public interest concerns and a need to protect the whistleblower.

“However more needs to be done to ensure the employer has a positive duty to protect individuals and prevent harm from the outset.”