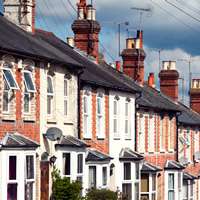 A UK landlord who converted a semi-detached house into smaller flats despite being refused planning consent has been ordered to either pay a £108,000 confiscation order within three months, or face a four month prison sentence.

According to reports, Mr Mohamed Omar Hassibi, who was refused consent to convert his Uxbridge, West London home into a series of flats, unlawfully proceeded with the conversion and subsequently let out each flat as an individual property.

An investigation led by Hillingdon Council revealed that Mr Hassibi was bringing in a regular rental income of around £2,000 per month from the unlawfully converted homes.

Following Court proceedings at Isleworth Crown Court, he was fined £1,000 and ordered to pay the Council’s costs of £7,000.

But the Court also imposed a hefty confiscation order on the landlord – stipulating that Mr Hassibi must pay a £100,000 sum within three months, or face four months’ imprisonment.

Commenting on the case, Councillor Ray Puddifoot, of Hillingdon Council, said: “We are committed to ensuring that crime does not pay in Hillingdon.

“Mr Hassibi was generating a large rental income from unwitting tenants, and it’s only right that he should hand over the money he earned from his illegal activity”.