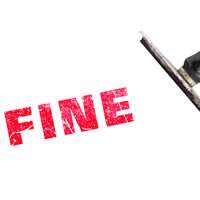 A landlord who repeatedly harassed his tenant and flouted fire safety rules has been fined more than £2,400.

The Court heard how Nilendu Das, a 49- year-old from Sheffield, would bombard the tenant with text messages and unsolicited visits.

On one occasion he sent 10 text messages in just three minutes to the tenant.

He also disturbed the tenant at night and while he was working, reportedly leaving the tenant “fearful that he would get the sack”.

The Magistrates’ Court ordered the landlord to pay £2,412 in fines and compensation, as well as undertake 180 hours of unpaid community work.

Jayne Dunn, Sheffield Council’s housing chief, said: “I am determined to carry on clamping down on the very small minority of bad landlords in Sheffield that treat their tenants badly and tarnish the private rented sector.”