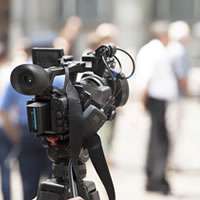 A senior Judge has sought to defend decisions by the UK’s family courts amid criticism that the current system is out of step with modern times.

A number of recently reported cases have raised questions about the size of pay-outs being awarded and long-term maintenance arrangements.

But addressing an audience at the University of Bristol this week, Lord Wilson, one of 11 Supreme Court justices, warned that the media had a habit of making exceptional settlements seem “the norm”.

He also argued that courts have a difficult balancing act deciding on appropriate settlements, which are fair to both parties.

“The trouble is that it is usually unrealistic to tell a wife, left on her own perhaps at age 60 after a long marriage, that, following payments for say three years, she must fend for herself,” he said.

His comments come after a Bill – calling for a three-year cap to be implemented for the majority of maintenance payments – passed its Second Reading in the House of Lords.

The proposed reforms, tabled by the crossbench peer Baroness Deech, are now set to go to committee stage. Supporters argue that the current system is no longer fit for purpose.

However, Lord Wilson, who previously spent more than a decade as a member of the family division, struck a cautionary tone.

“In the House of Lords, there is a group of distinguished, well-meaning peers, who have convinced themselves that application of the present law of financial provision is too unpredictable, that access to it through the courts is too expensive, and that ex-wives should be forced to stand on their own two feet, largely irrespective of their age and circumstances,” he said.

“I suspect that they believe too readily what they read in the papers.”

One change that Lord Wilson did indicate he would support is greater weight being given to pre-nuptial agreements. In his speech he cited 2010’s well-known Radmacher case, which was one of the first in the UK to attach any real significance to the arrangements.