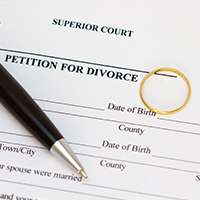 A news website has been ordered to return legal documents relating to a major divorce case, which were previously passed to its journalists.

The Independent had received privileged paperwork which contained details of the legal battle between the aerospace engineer Bruno Lachaux and his ex-wife Afsana, a former aide to Gordon Brown.

The couple had been embroiled in a custody fight and clashed over separate divorce settlements granted in London and Dubai.

In December 2015, the High Court had ordered that the documents be returned, all copies destroyed and the platform prevented from disclosing any of the details.

The publisher had appealed against the judgment but the ruling has now been upheld by the Court of Appeal, which said there was “no doubt” that the documents in question were subject to legal privilege and to be considered confidential.

OGR Stock Denton has a wealth of experience advising on family disputes involving those relating to divorce settlements and children. If you would like further information about our services, please contact Peter Martin  or visit our website.