Home » Is there an implied term in an employment contract that an employer will not dismiss an employee on the ground of capability during a time when they are entitled to the payment of disability income under a long-term disability plan? 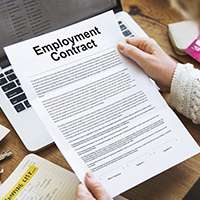 Yes, on the facts, held the Employment Appeal Tribunal in Awan v ICTS.

Facts: Mr Awan was a longstanding employee of American Airlines in its security department.  His contract of employment entitled him to permanent health benefits – a long-term disability plan in respect of which American Airlines had an insurance policy with Legal & General to cover payments made under the plan.   In October 2012, Mr Awan was certified as unfit to work because of depression and went on sick leave. In December 2012, American Airlines outsourced its security department to ICTS.  Accordingly, Mr Awan’s employment transferred to ICTS under TUPE as did the employer’s obligations under the long-term disability plan but not the insurance policy with Legal & General.

Mr Awan remained off sick until he was dismissed on 28 November 2014 on account of there being no perceived likelihood of him returning to work and an inability to agree any adjustments that might facilitate it.  By this time, he had been in receipt of payments under the long-term disability plan.  Mr Awan claimed ICTS’ decision to dismiss him while he was still entitled to long-term disability benefits was unfair and was also an act of unlawful discrimination arising from his disability.  The employment tribunal found that ICTS had acted reasonably in dismissing Mr Awan on the basis that he was permanently incapable of carrying out his role and that his dismissal was not discriminatory as it could be objectively justified in the circumstances.  Mr Awan appealed on the basis that there was an implied term in his contract of employment preventing dismissal for incapability whilst he was receiving benefits under the plan.

Held: The Employment Appeal Tribunal held that, on a proper construction of the contract of employment, it was contrary to the functioning of the long-term disability plan to permit ICTS to exercise its express contractual right to terminate on notice since this would deny Mr Awan the very benefits which the plan envisaged would be paid.  It held that a term could be implied into Mr Awan’s contract to provide that once an employee becomes entitled to payment of disability income due under the long-term disability plan, the employer will not dismiss him on the grounds of his continuing incapacity to work.  Accordingly, the dismissal was in breach of contract (wrongful dismissal).  As to unfair dismissal, dismissal in breach of contract is not necessarily unfair but the contractual position was held to be “very relevant indeed” as part of the circumstances against which the reasonableness of the employer’s actions were to be judged and the questions of whether the dismissal was fair and was not discriminatory were remitted to a fresh tribunal for consideration.

Comment:  Employers could consider whether to ensure that the contract of employment limits the duty to pay the employee under any such plan to the extent that the insurer indemnifies such payments.  In addition, it is a clear warning to transferees under TUPE to seek appropriate indemnities from the transferor.