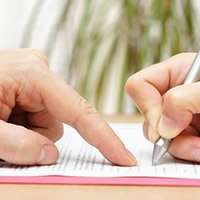 A university lecturer has won a legal battle against her former husband, who had tried to argue that he should no longer have to pay maintenance now that she has returned to working full-time.

Kathleen Liddell, an academic at the University of Cambridge’s Faculty of Law, had increased her working hours following the break-up of her marriage to Goran Mickovski.

She had said that she needed to return to full-time work in order to “survive financially”.

But Mr Mickovski had sought to use her change in circumstances to have a previous settlement amended, arguing that he should no longer be required to pay the £723-a-month maintenance payments now that she was earning a more substantial salary.

Now Judges have rejected the suggestion that Ms Liddell doesn’t need the money and ordered that her one-time spouse pay the £34,000 maintenance that has been accrued over the past four years.

The court heard that the couple had separated after 11 years of marriage. When they divorced, a settlement was reached whereby Ms Liddell would receive a £555,000 lump sum and the monthly maintenance payments in return for signing over her half of the home that the couple had shared in North London.

Her ex-husband, who has since remarried, still lives at the address.

A Judge, Markanza Cudby, had previously praised Ms Liddell’s work ethic and rejected the suggestion that the maintenance was no longer necessary.

This prompted Mr Mickovski – who has previously served as a minister in the Macedonian government – to take the case to the Court of Appeal, but the Judges this month upheld the original ruling.

Explaining their decision, Lady Justice Macur said: “The wife says ‘I need to work in order to survive financially’. She was struggling. Each month her outgoings exceeded her income.

“That is why she needs maintenance going forward and why the Judge made the findings that she did.”