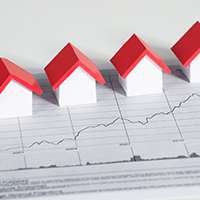 New figures published by Lloyds have revealed that for the first time in more than 20 years the number of first-time buyer home purchasers has exceeded home movers.

Since 1995, home movers have represented the lion’s share of the market, but the Lloyds research shows that the 170,000 home-movers in the first six months of 2018 were eclipsed by the 175,000 first-time buyers in the same period.

Mark Haywards, Chief Executive at the National Association of Estate Agents, said: “Traditionally homeowners used to move once every seven to nine years but now they only move every 20 years.

“Changes in the market mean the property ladder now has fewer rungs than it used to, which are further apart. There has been a distinct change in the way people view a home. They would rather allow money for holidays and family than upsize. It is also now cheaper to extend, hence why it is a popular option.

“People also find the cost of moving is increasingly prohibitive. The Government should look to remove some of the barriers to movement including stamp duty as it would help the economy by freeing up people to move towards new jobs.

“In the past stamp duty wasn’t much of an issue and there was high wage inflation so people knew they could afford to move up. People would only expect to stay in a flat for two or three years. But now first-time buyers are trying to buy ‘second stepper homes’ with two or three bedrooms.”

If you need guidance with any aspect of property law, please contact the head of the Property team Michael Stock or visit our website.