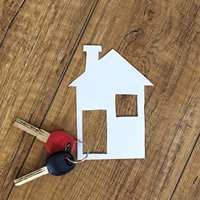 The family law association Resolution has expressed hopes that a woman’s victory at the Supreme Court may open the door for a general improvement in the rights available to cohabitees.

Denise Brewster had fought a protracted legal battle to get access to a survivor’s pension, following the death of her long-time partner Lenny McMullan.

The couple had lived together for over ten years and shared a house together in Coleraine, Northern Ireland.

On Christmas Eve 2009 the pair had got engaged, but Mr McMullan had died unexpectedly just a few days later.

Ms Brewster, aged 42, was subsequently informed that she was not entitled to money from the occupational pension scheme that her late partner had set up with the public transport firm Translink.

Following a number of previous hearings, the matter had been passed to the Supreme Court to make a definitive ruling and this month the Judges made a unanimous judgment in her favour.

Ms Brewster, who maintained throughout proceedings that she had been a victim of “serious discrimination”, welcomed the outcome.

“When I first started this action it was just about myself and Lenny. His death was tragic… the circumstances were tragic,” she said.

“As time went on, however, I realised that this didn’t only affect us; it affected thousands of other families.

“It’s only been a short time since the Supreme Court ruling and I still can’t really believe that I’ve won.”

Graeme Fraser, the chairman of Resolution’s cohabitation committee, said: “It is hoped that this decision will pave the way for further recognition of their family rights and needs not only by the courts but by Parliament.

“As the fastest growing family type in the UK, it’s crucial that these 3.3million cohabiting couples, alongside any children they may have, are provided considerably greater legal protection. Otherwise, as things stand, they are left vulnerable on the death of their partner or on relationship breakdown – hopefully today’s verdict paves the way for this to change.”

If you need advice on cohabitees’ rights or would like help in preparing a cohabitation agreement, please contact our head of Family Law Peter Martin or visit.