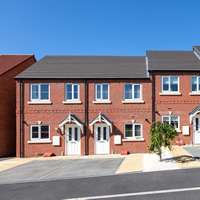 A court has found that thousands of homeowners who rent out property on short-term contracts through services like Airbnb are likely to be in breach of the law.

A ruling by the Upper Tribunal’s Land Chamber has revealed that homeowners whose leases state their properties can be used ‘as a private residence only’ cannot rent out their homes short-term.

Many leases in the UK contain a ‘private residence only’ clause which prevents the home from being sublet – meaning an estimated four million leaseholders in Britain may be affected.

The ruling on leaseholds was brought to court following a dispute between a Slovakian property developer and her neighbours at a housing development in Enfield, North London.

Neighbours had become concerned about strangers regularly staying in the flat owned by Iveta Nemcova’s and had asked the block’s freeholder to take action.

In court, Ms Nemcova admitted renting out her property on websites such as Airbnb, TripAdvisor and holidaylettings.com – as well as on her own private holiday lettings site.

In court, she argued that she had remained within her lease’s ‘private residence use’ clause, having paid council tax and bills and lived there “three or four days a week”.

She also pointed out that her lease contained no explicit bar on her charging people to stay in her flat short-term while she wasn’t staying there.

However, in his ruling Judge Stuart Bridge, said: “In order for a property to be used as the occupier’s private residence, there must be a degree of permanence going beyond being there for a weekend or a few nights in the week.

“Granting very short-term lettings (days and weeks rather than months) [….] necessarily breaches the covenant [not to use the property as anything other than a private residence].”

Leaseholders have been warned to immediately check their lease if using holiday letting services to avoid breaching the law.

A breach of the law can lead to legal proceedings; with the homeowner being forced to pay legal costs and/or forfeit their lease, therefore potentially losing their home.