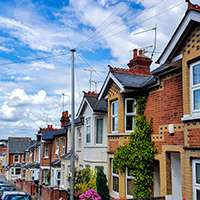 On Thursday 2 August 2018, the Bank of England (BoE) increased interest rates for only the second time in a decade.

The Bank’s base rate was increased from 0.5 per cent to 0.75 per cent – a rise which many mortgage lenders have already begun passing on to homeowners.

According to reports, HSBC, RBS and Virgin Money have already increased the rates of their tracker mortgages by 0.25 per cent, while Barclays has confirmed that it will increase its standard variable rate from September.

Ahead of the BoE’s landmark decision, a number of prominent mortgage lenders launched several long-term fixed rate products to attract homeowners who wanted to secure an attractive rate for five – or even ten – years.

Historically, two-year mortgage deals have long been the most popular among new homeowners and those who are re-mortgaging onto a better deal. But with the BoE indicating that further interest rate hikes are likely to be on the horizon, commentators believe that more and more homeowners will begin opting for longer terms.

However, those on a longer-term deal need to keep in mind that they could be hit with a hefty early repayment penalty if circumstances change and they decide to move house within the 10-year period. Similarly, they might face high repayment charges if they choose to make any substantial overpayments.

Peter Gettins, of broker London & Country, said that homebuyers should consider their own circumstances very carefully as opposed to trying to “play the market.”

“People need to look at where they are in their lives and what they can see for the foreseeable future and decide what level of security they want,” he said.

“It comes down to how much you value that additional level of security that paying a bit more for a 10-year fix would give you.”