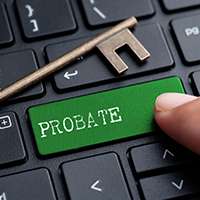 The Government has announced that it will be introducing a new banded system of probate fees, which will significantly increase the fees payable in respect of some estates.

There is a currently a flat rate probate fee of £215 or £155 where a solicitor is involved. Under the Government’s proposals, which are likely to become law, the most valuable estates will be subject to a fee of £6,000.

The Government says that the measure will be used to fund HM Courts and Tribunal Service.

“The Government is investing £1 billion to modernise and upgrade the courts system so that it works even better for everyone, including victims, witnesses, litigants, judges and legal professionals. This includes introducing changes to our Probate Service, who offer an important service to those who are bereaved.”

However, the proposals have been widely criticised by the legal profession, with many lawyers arguing that they are effectively a tax and are out of proportion to the costs involved in granting probate.