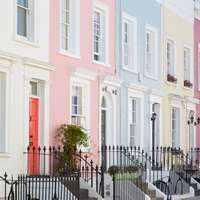 The Government has outlined plans to clamp down on ‘rogue landlords’ in the UK by introducing a new ‘minimum bedroom size’ for homes in multiple occupation (HMO).

The news follows a controversial case in December 2015, which saw a Tribunal rule against Oxford City Council in a dispute with a landlord who was seeking to renew a licence to let a property with a 5-square-metre bedroom.

A Tribunal heard that the disputed bedroom was smaller than minimum size standards specified in Oxford City Council’s HMO Standards – yet it was ruled that the room could be used as a bedroom providing that the landlord offered ‘additional storage space’ for his tenant ‘elsewhere in the property’.

A separate case in April 2015 saw a Tribunal rule that minimum space standards outlined in The Housing Act 1985 were to be considered ‘only as guidance’ as opposed to regulatory requirements.

But now, the Government has suggested that the introduction of a new law stipulating a minimum bedroom size for rented properties could help to crack down on the increasing number of ‘rogue landlords’ operating in the UK.

It has proposed a national minimum size of 6.52-square-metres for an HMO. This size would be applied for each individual or couple living in the property – disallowing landlords from ‘squeezing in’ bunkbeds, according to reports.

Housing and planning minister, Gavin Barwell, has said:  “These measures will give councils the powers they need to tackle poor-quality rental homes in their area. By driving out rogue landlords that flout the rules of business, we are raising standards and giving tenants the protection they need.”