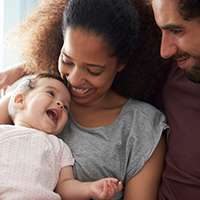 The Government has launched a consultation on proposals to strengthen employment protections for pregnant women and parents returning to work following their birth of their children.

One of the most eye-catching proposals that the Government has put out to consultation is increase protection against redundancy for new mothers to six months following their return to work. The consultation is also seeking views on whether equivalent protections should apply to adoptive parents and those returning from shared parental leave.

Prime Minister Theresa May said: “People in this country already benefit from some of the most rigorous workplace standards in the world, including parental leave and pay entitlements, but we are determined to do even more as we leave the EU.

“It’s unacceptable that too many parents still encounter difficulties when returning to work. Today’s proposals are set to provide greater protection for new parents in the workplace, and put their minds at ease at this important time.”

Business Minister Kelly Tolhurst said: “Pregnancy and maternity discrimination is illegal. But some new mothers still find unacceptable attitudes on their return to work which effectively forces them out of their jobs.

“Through the modern Industrial Strategy and the largest upgrade in workers’ rights in a generation, the Government is building an economy that ensures everyone can progress at work. That’s why we are looking at ways to further protect new parents by giving them time to re-establish themselves in the workplace and show the value they bring to their employers.”