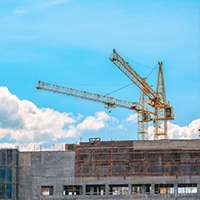 A leading business body has claimed that the high-profile collapse of the construction giant Carillion last month is further proof of the fundamental flaws in the UK’s Prompt Payment Code (PPC).

The Federation of Small Businesses (FSB) has reiterated its calls for more stringent rules for those businesses which fail to pay other firms on time.

In the aftermath of Carillion’s insolvency it was revealed that bosses had forced some SMEs to wait more than 100 days before settling invoices.

The FSB believes that this is further evidence of a need for a major sea change in Britain’s attitude to late payment.

It has advocated a system which would effectively block FTSE 350 firms from bidding for public sector contracts if they had a poor track record of settling invoices with their contractors.

Mike Cherry, the organisation’s national chairman, said: “Although they were signatories of the PPC, Carillion were able to use their dominant position to squeeze smaller firms to mask their own financial failings.

“This irresponsible behaviour has put many small businesses in jeopardy, with countless people fearing for their jobs.

“Government must step in immediately to strengthen the PPC by making it mandatory for all FTSE 350 businesses and introducing a tough penalty regime for those companies flouting the rules. Companies taking advantage of small businesses for their own gains should have no right to public sector contracts.

“The Small Business Commissioner needs to be given responsibility to toughen up the Prompt Payment Code.”

In the past it has been argued that late payments cost the UK economy around £2.5billion every single year and imperil the future of thousands of small businesses.

At OGR Stock Denton we can offer advice on a full range of commercial disputes, including those relating to late payment.  For guidance please contact our head of Dispute Resolution Stephen Silverman or visit our website.