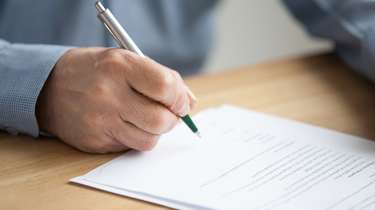 The Government has indicated that it is considering reforms to probate legislation to accommodate the challenges of the coronavirus outbreak, but has cautioned against any move to suspend the requirement for two independent witnesses, owing to the fraud risk.

Justice Minister, Alex Chalk, responded to a Written Question in Parliament, saying: “The Government is currently reviewing the case for reform of the law on making Wills given current circumstances.

“The constraints of the COVID-19 situation must be balanced against the important safeguards in the law to protect elderly and vulnerable people, in particular against undue influence and fraud. Having two independent witnesses provides safeguards to those making Wills.”

He went on to reject the idea of allowing privileged wills, which can be made on active military service, saying that those circumstances do not equate to the coronavirus crisis.

However, he added: “The Government is committed to considering further work on witnessing documents by video-conference generally, in the light of the recent Law Commission report on Electronic Execution of Documents, which will help inform potential reforms to the law on Wills in the future.”