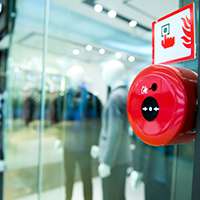 More details have emerged about a database of rogue landlords which is currently being compiled by the Mayor of London.

Sadiq Khan confirmed last month that the dossier, being drawn up to make it easier for the public to identify individuals who had been subject to legal challenges, would include details of fire safety breaches.

Plans to create a database were first announced earlier in the year, but it had not been immediately clear if the information would extend to cover actions brought by the London Fire Brigade.

In response to a question from the London Assembly last month, Mr Khan has now said that it will.

The online database will be available to two million private renters in the capital and will allow them to determine whether a prospective landlord or letting agent has previously been prosecuted for breaches of housing regulations.

The system is modelled on one currently in place in New York and will also make it easier for different councils in the capital to share information.

The issue of fire safety has of course received considerable publicity in recent months, following the tragic blaze at Grenfell Tower, Kensington, during the summer.

For advice on landlord and tenant disputes, please contact our head of Dispute Resolution Stephen Silverman or visit our website.