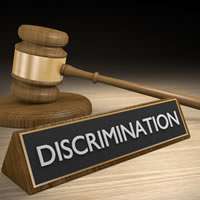 A UK women and financial manager has taken her employer to an employment Tribunal on grounds of discrimination, claiming that she was ‘demoted’ for failing to ‘bow’ to her Korean boss.

Ms Misook McDonald, 43, who works as a financial manager at a UK-branch of Korean electronics company Dongbu Daewoo, told a Tribunal that she was demoted to a secretarial role in the company upon failing to bow to her male boss “at the beginning and end of each working day”.

The Tribunal in Reading, Berkshire, heard that Ms McDonald, who is of British-Korean origin, found that her role was ‘suddenly changed’ to a Human Resources (HR) position after “a better-speaking Korean employee came along” – despite the fact that Ms McDonald had no previous experience in this field.

“I was no longer his preferred choice – I am also not considered ‘pure’ as my father is English,” she said.

Ms McDonald added that upon challenging her employer, Ho Seung Yoo, about having to make coffee for other employees as part of her new role, he said: “Isn’t that what female workers should do?”

She added that she was “constantly called into his office and spent several hours of [her] day in his room with the door firmly shut”.

Ms McDonald told a Tribunal that she felt she was a victim of sex, age and racial discrimination.

“Mr Yoo was very angry that I had broken protocol by not bowing to him every morning when I get to work and I do not bow to him when I leave the office at night,” she said.

“The suggestion raised by Mrs McDonald as to me demanding that she bow to me is simply not true,” he added.

He also said that Ms McDonald would make him regular coffees as an act of goodwill without being asked.

“It was quite strange to me. However, I just accepted it,” he said.