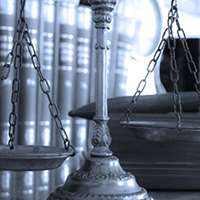 OGR Stock Denton’s head of family law, Peter Martin, has warned about the possible consequences of allowing some proceedings to be held in public.

Peter said: “It is hugely important that the process of family proceedings is fully understood by the public at large.

“However allowing the public into hearings, particularly those involving children, does nothing but feed the frenzy for “public interest” in people’s private issues.

“From my 40 years of experience in family law I know that if a matter gets to court it is usually because one or both parties are being unreasonable and that sort of dispute is rarely edifying.  This is unnecessary and wrong.”

Sir James Munby, who is the president of the High Court’s family division, announced wide-reaching reforms which he said would allow for greater transparency.

It is expected that orders will remain in place to protect the identities of the parties involved in a case, but these safeguards have not dispelled the reservations held by many legal bodies.

Resolution, the Family Law Bar Association and the Family Justice Young People’s Board are among those who raised concerns when the proposals were previously put out for consultation.

Joanne Edwards, the previous chair of Resolution, said: “There is strong opposition to any further opening up of the court amongst the professions.

“For us it is about safeguarding the interests of children who, unlike in criminal proceedings, invariably become embroiled in family proceedings through no fault of their own. There is a real risk of jigsaw identification and once details of their private family life are out there, they can never be retrieved.”

Family courts were first opened to the media in 2009, but Judges retained powers to limit journalists’ attendance and impose tight controls on what (if anything) could be reported.

The fresh set of reforms appears to have drawn some inspiration from family courts in Australia, which were closely studied by Sir James prior to him outlining the proposals.

Further details about the trial are expected to be released in the months to come.