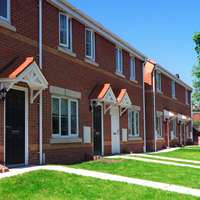 A ground-breaking decision by a County Court could pave the way for nuisance claims nationwide, or at least anywhere where Japanese Knotweed is growing reasonably close to a building.

In the separate cases of Waistell and Williams against Network Rail, the Court decided that it is an ‘actionable private nuisance’ to have Japanese Knotweed growing within seven metres of a built structure on neighbouring land and that there was no requirement for the plant roots to have encroached into the neighbour’s soil.

Mr Waistell and Mr Williams both owned properties alongside railway lines where their back walls abutted an access path that ran between the tracks and the properties. However, Japanese Knotweed had spread from the railway embankment to the path.

The claimants sought injunctions to prevent the growth and spread of the plant, as well as damages for the diminution of value in their respective properties, claiming that they were unable to sell their properties for their full market value, as mortgage lenders were unwilling, or at least tentative, in granting mortgages for properties that are affected by Japanese Knotweed.

Neither of the claimants was alleging that the plant had caused any damage to their properties but relied upon the substantial interference with their use and enjoyment of their land, as well as the encroachment of the plant’s roots onto their land as the legal basis for their respective claims.

The Court awarded the claimants damages for the diminution in value to their properties, in addition to damages to cover the cost of treatment and removal of the plant from the immediate proximity of their land.

The ruling could give rise to further claims and puts pressure on property owners to properly manage and treat Japanese Knotweed on their properties, as the plant need not be physically encroaching on a property or even causing structural damage to give rise to potential court action.