Home » Ex-wife claims increase in maintenance above the £100,000 she receives now 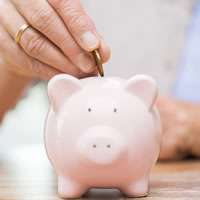 A woman has demanded additional money from her former husband to maintain a “reasonable standard of living.”

Ekaterina Fields had previously been awarded £3.3million in assets, in addition to annual maintenance payments, as part of her divorce settlement, which was agreed by Mr Justice Holman last year.

The package had been put together so that she had sufficient funds to continue living in the Kensington and Chelsea area of London and to support the couple’s two children.

It included an annual payment of £100,000 which was designed to help Mrs Fields build up her own savings.

But the Russian-born former beauty queen, who split from her husband Richard five years ago, has gone back to court after arguing that the sum is not a sufficient amount to support her in later life.

Mr Fields has insisted the original settlement is fair and revealed that, in actual fact, he was preparing to make an application to have the maintenance payments reduced because of a downturn in his income.

Lady Justice Black, sitting in the Court of Appeal, last week adjourned the case for further evidence to be heard at a later date.