Home » Is Ethical Veganism a protected belief under the Equality Act 2010? 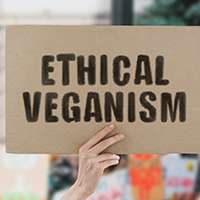 Yes, held the Employment Tribunal at a Preliminary Hearing in the case of Casamitjana Costa v League Against Cruel Sport

Religion or Belief is one of the nine protected characteristics covered by the Equality Act 2010 and offers protection against discrimination (direct and indirect), harassment or victimisation as a result of a person’s religion or belief.

Guidance was given as to what would qualify as a philosophical belief in the case of Grainger plc v Nicholson.  This guidance suggests that in order to be able to have protection offered under the Equality Act a tribunal should consider the following test:-

The full merits hearing of this case is being heard in the Watford Employment Tribunal at the time of preparing this case update, (from 24 February to 6 March 2020) so the particular facts relating to the substantive claim are awaited. What we do know is that following his dismissal, the claimant brought claims for direct and indirect discrimination, harassment and victimisation based on his belief in ethical veganism. His dismissal arose because of the objections he had made into the company’s pension fund, as he believed these were unethical investments made in companies that harmed animals. As a result, the claimant arranged to have his investments moved to alterative more ethical funds. He then sent emails to his colleagues telling them what he had done and giving his personal view on the company’s investments. His employer dismissed him for gross misconduct on the basis that his email to colleagues was sent giving financial advice in spite of his employers express and repeated instructions not to do so.

The tribunal held that the claimant’s belief was genuinely held and was more than an opinion or viewpoint. It had a weighty and substantial effect on his everyday life and behaviour. The claimant only worked in the field of animal protection and avoided relationships with non-vegans. Further, he ate a 100% vegan diet, avoided foods that could potentially harm animals in their production, such as figs, and would not allow any food or product containing animal products into his home. He avoided using products tested on animals, wearing animal-derived products, using financial products, which invested in companies that carried out animal testing, or using bank notes manufactured using animal products. He would always choose to walk rather than used public transport for journeys under one hour to avoid accidental crashes with wildlife.

The tribunal held that ethical veganism was a belief that obtained a high level of cogency, cohesion and importance. Philosophically, it is rooted in the ancient concept of ahimsa (“not to injure”), an important tenant of Jainism, Hinduism and Buddhism. There was no conflict between veganism and human dignity and ethical veganism did not in any way offend society or conflict with the fundamental rights of others.

Prior to this case there had been a narrow approach taken by the Employment Tribunals as to what was a belief, even as recently as  September 2019 in the case of Conisbee v Crossley Farms Ltd and others vegetarianism was rejected as a belief by the tribunal. Vegetarianism was described by the Employment Tribunal in this case as a ‘lifestyle choice’ and that vegetarianism does not have a similar status or cogency to religious beliefs.

As this case is decided in the employment tribunal it is not binding on other employment tribunals but it is clear that in any future legal claim, a tribunal must assess the particular facts of the case and the claimant’s evidence of their belief. While this case does not mean that all ethical vegans will be able to complain of discrimination. It does heighten awareness of the scope for challenge and, following this case, there is now potential for a wider interpretation of what a belief is under the Equality Act 2010.  Employers may now see more discrimination claims being brought relating to this particular, or indeed, other novel philosophical beliefs. We shall have to wait and see.