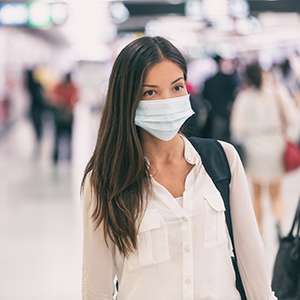 From 24 July 2020 it will be a legal requirement to wear a face covering, such as a mask, in shops and supermarkets in England.

The move will be enforced by the police via fines of up to £100, which will be reduced to £50 if the fine is paid within 14 days.

The move also allows shops to refuse entry to a customer who is not complying with the requirement to wear a face covering.

Children under 11 and those with certain disabilities will be exempt from the new rule, however, members of the public of all ages have been advised to wear coverings in enclosed public spaces since May.

While many employers in the retail sector have taken steps to protect employees, such as providing PPE, offering contactless payments and installing screens, it is thought that the new measures will offer additional safety and security to retail workers and customers.

At the moment, it is only compulsory to wear face coverings on public transport in England, but other nations such as Scotland, Spain and Germany already have rules on face coverings in shops.