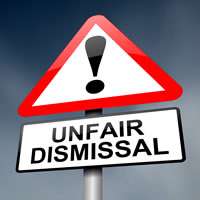 An Employment Tribunal has found that two UK maintenance workers who raised health and safety concerns over changes to their work at a Liverpool prison were unfairly dismissed.

Mr Harry Wildman and Mr John Bromilow carried out electrical work, painting and decorating and general maintenance duties for more than 20 years on behalf of a company called Amey, which had the contract for prison repairs, the Tribunal heard.

The duo were fired from their respective positions after they raised concerns with the Health and Safety Executive (HSE) regarding changes made by Amey to the ways in which they carried out maintenance work.

According to a report in BBC News, these changes required maintenance staff to carry out many jobs alone as opposed to in pairs, as had been standard protocol previously.

Mr Wildman and Mr Bromilow raised concerns that these changes posed a significant safety risk, as tools and equipment could easily be ‘snatched’ by prisoners if a fellow worker was not present to watch the tools.

At first, the two workers attempted to reverse the changes by following an internal grievance procedure.

When this proved unsuccessful, they met with the prison’s warden to inform him that they would be calling in the HSE to address the issue.

It was shortly after this meeting that they were suspended – and later dismissed – from their roles, the Tribunal heard.

Examining the evidence, Employment Judge Jonathan Holbrook noted that the two longstanding employees appeared to have acted in good faith.

He added that it was “extraordinary” that Amey had not taken into account the men’s combined 45 years’ service and perfect disciplinary record in their haste to suspend and later dismiss the two longstanding employees.

The Tribunal ruled that the duo had been unfairly dismissed – and a compensation hearing is forecast to be held later this year.

Commenting on the decision, a spokesperson on behalf of Amey, said: “Nothing is more important than the safety of our employees, and we have a robust whistleblowing policy in place which provides a number of channels for our employees to escalate concerns about their health and safety. We encourage all employees to follow these protocols so we can address their concerns in the most thorough and efficient way possible.”