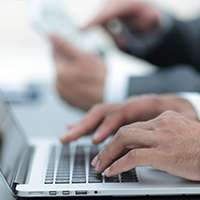 According to a new scientific study, more than 69,000 deaths in the UK in 2016 could have been prevented by reducing the amount of time people spend sitting at work – a figure which London law firm OGR Stock Denton believes needs to be addressed.

This equates to around 11.6 per cent of all deaths in that year and it is believed that the impact of sitting at work costs the NHS at least £700 million a year.

Scientists want to highlight the cost on the NHS of living a sedentary lifestyle, which includes £424 million of spending on cardiovascular disease, £281 million on type 2 diabetes and £30 million on colon cancer in the UK, which could be avoided by making workers more active.

Leonie Heron, the author of the research from Queen’s University Belfast, said: “We don’t have clear guidelines [on sedentary behaviour] yet but any increase in activity is beneficial to your health.”

By looking into these patterns and including individuals smoking status, body mass index and how much exercise they did, the team found that if sedentary behaviour was eliminated in the UK the following percentage of diseases could be prevented:

Hayley Trovato, a Senior Associate within OGR Stock Denton’s Employment team, said: “Instilling a workplace culture of movement around the office can go some way towards minimising the time employees spend at their desks.

“While there are no specific Health and Safety regulations dealing with this, encouraging employee’s wellbeing in the office can only be a good thing.

“Perhaps installing desks were employees can work standing up or having corporate health benefits, such as gym memberships, wellbeing massage benefits or lunchtime Pilates/Yoga sessions, could help reduce the time spent sitting at desks.”