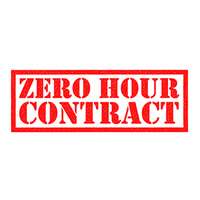 Citizens Advice fears that thousands of workers on zero hours contracts lose out on paid holiday because they are either lied to by their employers or are uncertain of their rights.

The organisation has suggested that around half of those employed on a zero hours basis – which would be in excess of 900,000 people nationwide – were unsure of their holiday entitlement.

The situation is compounded by employers who either aren’t aware of the law themselves or, in more troubling cases, deliberately exploit confusion among members of their workforce.

Citizens Advice has said that the next government needed to do more to ensure that workers are afforded proper protection.

Highlighting the seriousness of the situation, it drew particular attention to the case of a man who had been working 48 hours a week in a care home.

He had been informed, entirely incorrectly, that staff who did night shifts were not entitled to paid leave. After five years’ employment he discovered he had missed out on the equivalent of £8,900 in paid holiday.

Citizens Advice chief executive Gillian Guy said: “Thousands are missing out on rights they are entitled to due to a lack of awareness, confusion and in some cases deliberate dirty tactics by employers.

“With more than half of employers having staff working shifts or variable hours, action needs to be taken now to protect workers’ rights.”

The Labour Party has already announced that it would ban zero hours arrangements outright if it wins the upcoming General Election.

For expert advice on pursuing a, please contact the head of our Employment team Susan Bernstein or visit.