Home » Is an employer required to pay a male employee enhanced shared parental pay equivalent to its enhanced maternity pay? 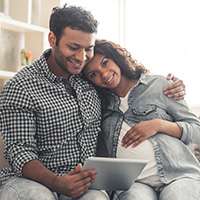 Since April 2015, new parents have been able to take shared parental leave and pay (SPL and SPP) – after the first two weeks of maternity leave following the birth, which are reserved for the mother, up to 50 weeks of SPL and up to 37 weeks of SPP are available for eligible parents to share, so long as the mother gives up her right to statutory maternity pay (SMP).  The weekly rates of SPP and SMP are the same. When the scheme was introduced there was considerable debate about whether employers with enhanced maternity packages would be obliged to match those benefits for anyone taking SPL.  The Government took the view that this is not required.  However, the question of whether an employer that enhances maternity pay discriminates against men if it fails to similarly enhance SPP remains open.  In 2015, in Hextall v Chief Constable of Leicestershire Police an employment tribunal decided that it was not discriminatory to offer enhanced maternity pay but only statutory SPP on the ground that there was no valid comparison between a man on SPL and a woman on maternity leave. More recently, in Ali v  Capita Customer Management Ltd, another employment tribunal had to consider the same question.

In that case, Mr Ali’s employer offered female employees maternity pay comprising 14 weeks’ basic pay followed by 25 weeks’ SMP. Male employees were entitled to two weeks’ paid ordinary paternity leave and up to 26 weeks’ additional paternity leave which ‘may or may not be paid’.

When Mr Ali’s daughter was born in February 2016, he took two weeks’ paid leave but when his wife was diagnosed with post-natal depression and was advised to return to work, he asked his employer what his rights would be if he took further leave. He was told he was eligible for SPL but would only be paid SPP.  When his grievance was rejected, he issued proceedings in the employment tribunal, alleging, among other things, direct sex discrimination. He argued that, given that it is open to parents to choose which of them takes leave to care for their child following the mother’s two week compulsory maternity leave period, it was discriminatory for the mother to be paid more than the father in respect of the remaining leave.  The tribunal agreed. It held that there was no reason why special treatment should be given to women in connection with pregnancy or child birth beyond the two week compulsory maternity leave period since men are now being encouraged to take a greater role in caring for their babies and that the choice of which parent should take on the greater burden of caring responsibility should be made free of assumptions that the mother is always best placed to do so. On the particular facts of the case, Mr Ali was best placed to perform the caring role in light of his wife’s post-natal depression and was seeking to do so on medical advice. His employer knew of these circumstances and Mr Ali was applying for leave to perform the same role that his female comparator would have performed on full pay.

Comment:  This decision contrasts with that in Hextall where the starting point was that maternity leave and maternity pay are, by definition, special treatment afforded to women in connection with pregnancy or childbirth, and that the special treatment of enhancing maternity pay but not SPP did not go further than reasonably necessary to compensate for the disadvantages to women in work connected with pregnancy and maternity. Here, by contrast, the tribunal took the view that apart from the compulsory maternity leave period, men and women are in the same position in respect of caring for newborns, and that the provision of that care should be distinguished from pregnancy and childbirth. We understand that both this case and Hextall are being appealed.  Given the diverging conclusions at tribunal level and the importance of the issue for many employers, a decision from a higher authority should be welcomed.