Home » Should an employer always suspend an employee in order to allow a misconduct investigation to take place? 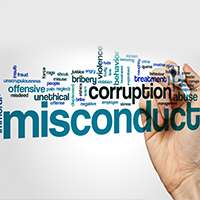 No said the High Court in Agoreyo v London Borough of Lambeth. Suspension should not be the default position and should not be adopted as a ‘knee jerk’ reaction.

Ms Agoreyo was an experienced primary school teacher. She taught a class of 29 five and six-year-old children, two of whom exhibited extremely challenging behaviour.  Allegations were made against Ms Agoreyo that she had used unreasonable force towards one of these two children on three occasions.  It was claimed that she dragged the child out of the classroom or along a corridor and had carried the child out of the classroom. The Head teacher looked into two of these allegations and found that Ms Agoreyo had used reasonable force.  However, shortly after, the Executive Head teacher suspended Ms Agoreyo in light of these allegations.  The letter of suspension stated ‘The suspension is a neutral action and is not a disciplinary sanction.  The purpose of the suspension is to allow the investigation to be conducted fairly.’  The police and the Disclosure and Barring Service (DBS) were informed of the allegations, but the police decided there was no basis for criminal proceedings and the DBS did not bar Ms Agoreyo from teaching.  Ms Agoreyo challenged the lawfulness of her suspension, and having resigned almost immediately fter she was suspended, asserted it was a repudiatory breach of the implied duty of trust and confidence.  As she did not have the necessary two years’ service to bring an unfair dismissal claim in an Employment Tribunal, she brought a claim in the county court for damages for breach of contract.  When the county court found that her employer was ‘bound’ to suspend her after receiving reports of the allegations against her, Ms Agoreyo appealed.  She did not argue that the allegations should not be investigated but rather that suspension was not reasonable or necessary in order for the investigation to take place.

The High Court held that the finding that Ms Agoreyo’s employer was bound to suspend her on grounds of its overriding duty to protect children could not stand given that the purpose of the suspension was not to protect children but to ensure a fair investigation.  The High Court followed the Court of Appeal decision in Gogay v Hertfordshire County Council and stressed that suspension should not be a routine response to the need for an investigation, particularly when very serious allegations of wrongdoing are made against an employee; suspension must not be a ‘knee-jerk’ reaction.  Given that the Head teacher had previously investigated two of the incidents and had not considered them worthy of disciplinary action, the Executive Head teacher should have attempted to ascertain the Head teacher’s knowledge of events before taking the decision to suspend. In the circumstances, suspension amounted to a breach of the implied term of trust and confidence and Ms Agoreyo’s appeal was upheld.

Comment: This case acts as a reminder that great care must be taken by an employer when considering whether to suspend an employee whilst investigating alleged misconduct.  Even in cases where the conduct is extremely serious, the employer should consider what the true purpose of a suspension would be and whether there might be an alternative.  Such considerations should be fully documented.  It is not enough to say in the suspension letter that suspension is a neutral act.