Home » Employees, workers and the self-employed – what is all the fuss about? 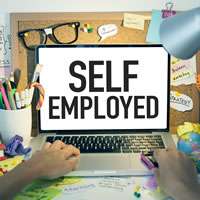 At the end of last year, an employment tribunal ruled that Uber’s 40,000 drivers in the UK who were classified as self-employed should be classified as workers, entitled to workers’ rights (see below). Although Uber has launched an appeal, there has been a number of cases since then by individuals in large self-employed workforces concerning employment status.  Most of these cases concern the gig economy business model, where companies use apps and the internet to match customers with the workers.  The companies do not employ the workers but take commission from their earnings and many have become huge global enterprises.  Uber, for example, is valued at more than £50 billion.

There has been a growing trend towards self-employed workforces which is causing the government increasing concern. Not only is it losing out on huge amounts of revenue from income tax and employer’s national insurance contributions as a result but it is also concerned that the self-employed have no employment rights as such because they are supposed to be their own boss, and thus able to decide how much to charge for their work and how much holiday to give themselves.

Workers, on the other hand, providing that any other qualifying conditions are met, will be entitled to:

Employees, in addition to the rights given to workers, will also be entitled to:

Unfortunately, there is no clear set of defining criteria against which an individual’s status as an employee, worker or genuinely self-employed can be definitively determined. However, as a general rule of thumb:

Following the Supreme Court’s landmark decision in Autoclenz Ltd v Belcher, in litigation about an individual’s status, a tribunal will look at the reality of the working relationship and in view of the unequal bargaining power between the parties can disregard signed contract documentation which makes it look as if the individual is self-employed.

Three recent examples of where the courts and tribunals have held individuals to be workers rather than being in business on their own account are as follows:

Facts: Uber’s customers use a smartphone app to order a taxi and pay the fare.  Uber treats the taxi drivers as self-employed.  There is complex contractual documentation under which Uber seeks to present itself as a technology platform facilitating the provision of taxi services by putting drivers in touch with passengers, rather than being the provider of the taxi service itself.   Uber claims to act as agent for the drivers and its agreement with passengers states that the contract for the taxi service is between the driver and the passenger. A number of Uber drivers brought claims for unlawful deductions from wages through an alleged failure to pay the National Minimum Wage and for failure to provide paid leave.

Held: The employment tribunal decided that the contractual documentation between Uber, the drivers and the passengers did not correspond with the reality of the situation. It held that it was unreal to deny that Uber is in business as a supplier of transportation services and unreal to regard Uber as working for the drivers.  The essence of Uber’s business was the provision of taxi services and in reality, the drivers contracted with Uber to personally perform work for Uber (that is, driving passengers who have booked a taxi through Uber).  Accordingly, the drivers were workers.

Comment: This is only a first instance decision and therefore is not binding on future cases.  Furthermore, the decision is highly fact- sensitive but the tribunal was clearly influenced by Uber’s desire to control its brand image, which led to a level of control over its drivers that caused worker status to arise.

Facts: At Citysprint, couriers who pass a two day recruitment process are presented with a “Confirmation of Tender to Supply Courier Services”, which purports to treat them as self-employed contractors. They are then asked electronically to acknowledge a number of key terms.  These make clear that the courier is under no obligation to provide services and Citysprint is under no obligation to provide work; that the courier may use a substitute so long as they fulfil certain criteria (although this did not happen in practice); that if the courier does not work they will not get paid; and that the courier is not entitled to any holiday, maternity or sick pay.  Ms Dewhurst claimed she was a worker and claimed two days’ paid holiday.

Held: Following the approach of the Supreme Court in Autoclenz v Belcher, the tribunal found that the Confirmation of Tender document did not reflect the true relationship between the parties.   Couriers were required to log into the company’s Citytrakker tracking system when they were available for work and log out at the end of the day. They wore uniforms, were expected to work when they said they would and were directed by a controller through radios and mobile phones and were even told to smile as part of providing a professional service.  The tribunal found that the couriers had little autonomy to determine the manner in which their services were performed and held that Ms Dewhurst was a worker during periods when she was logged into the Company’s tracking system.

Comment: This case some similarities with the Uber case but again is only a first instance decision and therefore not binding on future cases.

Facts: Mr Smith was a plumber who carried out work solely for Pimlico Plumbers between 25 August 2005 and 28 April 2011.  He had signed an agreement with them under which he was required to work on a full-time basis, to wear a Pimlico Plumbers uniform and to drive a van with their logo on the side.  In addition, he could only swap jobs with other Pimlico Plumber operatives and was subject to highly restrictive covenants.  During this period, Mr Smith filed tax returns on the basis that he was self-employed.  He was registered for VAT and submitted regular VAT invoices to Pimlico Plumbers.  In January 2011, Mr Smith had a heart attack and Pimlico Plumbers terminated its arrangement with him.  Mr Smith brought a claim in the employment tribunal for unfair dismissal which depended on him being an employee and claims for unpaid holiday pay and unlawful deductions from wages which depended on him being a worker.

Held: The employment found that he could not claim unfair dismissal because he was not an employee but he was a worker.  Pimlico Plumbers appealed to the EAT and then the Court of Appeal. The Court of Appeal accepted that the employment tribunal had been entitled to stand back and look at the arrangement as a whole.  It held that the employment tribunal had correctly analysed the contractual documentation in finding that Mr Smith was a worker because he was under an obligation to provide his services personally.  The tribunal had also correctly weighed all the relevant factors, determining that they pointed to a level of integration into Pimlico Plumber’s business and control by Pimlico Plumbers that was inconsistent with Mr Smith being truly self-employed. The tribunal was entitled to regard Pimlico Plumbers as more than just a client or customer of Mr Smith’s business. In particular, the judge was right to place weight on the onerous restrictive covenants in the agreement precluding him from working as a plumber in any part of Greater London for three months after termination.

Comment: Unlike the Uber and City Sprint cases, this ruling is binding on other courts and tribunals although each case will remain fact-sensitive.

A review commissioned by Theresa May is expected to conclude later this year that a growing number of companies are abusing the law by taking on supposedly self-employed workers.  She is likely to back its recommendations which are expected to include much stricter rules around what constitutes genuine self-employment, with companies banned from imposing any “control” over workers who are classed as self-employed.  Although the government did a U-turn on changes to national insurance contributions in the last Budget, maybe this second attempt to crackdown on exploitation of the so called self-employed will meet with less opposition.