Home » Employee unfairly dismissed for his age wins more than £6,800 in tribunal 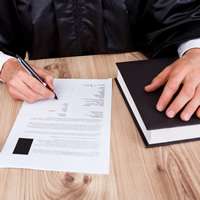 A man struck off for being “too old” has won more than £6,800 in a case against his former employer.

Brian Smith, 75, was told he should “go and find a job at B&Q” by his ex-boss while working at Leytonstone-based newsagents, Bennetts of London.

A tribunal heard how his former boss, Veronica Bennett, made “offensive and personal” remarks and subsequently dismissed him from his job after more than 10 years of service.

Judge Brown ruled that Mrs Bennett had treated the 75-year-old “unfavourably” in comparison with his younger colleagues.

She found that this was “unanimously” proved when Mrs Bennett failed to inform Mr Smith that the newsagents had reopened after its 2015 summer refurbishment, tried to cut his hours in half, and finally made him redundant without notice on 20 March this year.

The Judge also found that Mrs Bennett had breached Mr Smith’s contract by not paying him or offering him any working hours between September 2015 and March 2016.

She said: “Mr Smith was a helpful, dedicated and approachable employee.

“He did not contribute to his dismissal and Mrs Bennett’s claims he did not know where things were in the shop are highly unlikely after 10 years of working there.”

The Judge, ruling that Mrs Bennett’s behaviour towards Mr Smith was “wounding and humiliating”, said it was “hard to imagine a dismissal more unfair.”

The tribunal awarded Mr Smith a total of £6,822.23 to be paid by Mrs Bennett on the grounds of unfair dismissal.

For further information about this update or should you have any questions about termination payment tax then please speak to Susan Bernstein, Partner in our Employment team on 020 8349 0321 or by email sbernstein@ogrstockdenton.com.