Home » Efforts to raise awareness of the benefits of legacy giving 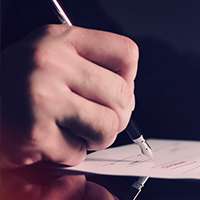 In recent days, MPs and charity bodies have been trying to raise awareness of the benefits of individuals leaving behind charitable legacies in their Wills.

Tracey Crouch MP, Minister for Sport and Civil Society, has said that legacy giving needs to become “the norm” so that as many struggling UK charities can benefit as possible.

In collaboration with not-for-profit campaign group Remember a Charity, Ms Crouch is calling on solicitors to promote the benefits of charitable giving to their clients.

These benefits can extend not just to the charities themselves, but also to the individuals who choose to make donations in their Wills.

Individuals who leave more than ten per cent of their net estate to a charity can benefit from a reduced Inheritance Tax (IHT) rate.

In the UK, IHT is levied at a rate of 40 per cent on all estates valued at £325,000 or more – but those above the threshold who leave a charitable legacy can potentially pay a rate of just 36 per cent. This can lead to huge IHT savings, while also providing much-needed financial support to a good cause in the process.

Up-to-date research suggests that legacy income is currently worth more than £2.8 billion a year to UK-based charities.

This is because legacy giving has increased by almost 40 per cent over the course of the last five years – and the average UK estate now tends to leave behind a donation of around £20,000.

Rob Cope, Director at Remember a Charity, said: “People have all sorts of misconceptions about gifts in Wills, often believing that you have to choose between family and charity, or that you need to be wealthy to leave a legacy.

“The reality is that even a small amount can make a massive difference to the good causes people care about.”