Home » Does the banning of a headscarf at work constitute discrimination? 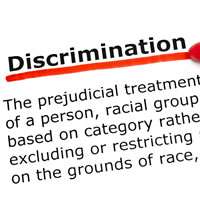 In Achbita v G4S Secure Solutions NV  G4S which provides security and guarding services and reception services to various customers from the public and private sectors, stated in its employee code of conduct that employees ‘ are not permitted to wear any religious, political or philosophical symbols while on duty’. Ms Achbita worked for G4S in Belgium as a receptionist until she was dismissed on account of her announcing she wanted to start wearing an Islamic headscarf. When she brought a claim of discrimination, the matter was referred to the ECJ.  The ECJ held that G4S’s policy did not amount to direct discrimination on grounds of religion because it prohibited all religious signs, so it was not treating one religion less favourably than another.  However, the ECJ also went on to hold that the policy could give rise to indirect discrimination based on religion, as Muslims are placed at a particular disadvantage. Indirect discrimination, as opposed to direct discrimination, can be objectively justified if the employer can show that the policy was a proportionate means of achieving a legitimate aim and in this case the ECJ held that G4S’s desire to project an image of neutrality towards its customers was a legitimate aim provided it applied only to customer-facing employees. Interestingly, it left open the question of whether it would have been possible to redeploy Ms Achbita into a non-customer facing role (rather than dismiss her).

In Bougnaoui v Micropole SA Ms Bougnaoui worked as a design engineer for Micropole SA in France. When she was recruited, she was told that due to the customer-facing nature of her role, she would not be able to wear a headscarf.  Following a site visit, a customer complained that she had worn a headscarf and requested that she not do so in future. When the company raised this with Ms Bougnaoui, she refused to comply and the company dismissed her. The ECJ was asked to consider whether on the assumption that Ms Bougnaoui’s treatment was discriminatory, it could be justified by reason of a genuine occupational requirement.  The ECJ held that if Ms Bougnaoui’s dismissal was based on a customer’s unwillingness to be served by an employee wearing an Islamic headscarf, then this would constitute direct discrimination and could not be justified by a reason of a genuine occupational requirement which would only be available in very limited circumstances and not where an employer was simply taking account of the wishes of a customer.

Comment: These cases suggest a distinction has been drawn between a general policy at work banning headscarves (Achbita) which is acceptable, and acting on a customer’s instructions (Bougnaoui) which is not. However, there is arguably little difference between the two.  A policy banning headscarves on the basis it promotes an image of neutrality with respect to customers could be said to be simply anticipating customer objections.