Home »  Do We Really ‘Care A Lot’ About The Elderly? 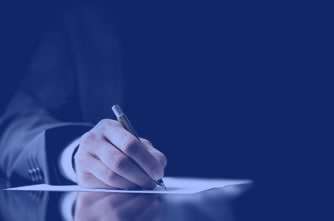 In February 2021, a new dark comedy ‘I Care A Lot’ was released on Netflix. Starring Rosamund Pike as a court-appointed (but really self-imposed) guardian for elderly wards of the State, the American movie illustrates how a con can easily divest an elderly person from their money and property.  However, Ms Pike’s character meets her match when a seemingly docile ward turns out to have some unsavoury connections and is just as ruthless (and nasty) as her guardian.

Although ‘I Care A Lot’ is entertainment, Lasting Power of Attorney (LPA) Solicitors in London and elsewhere in the country know only too well the extent to which elderly abuse is rife in our society.  Although most media reports focus on abuse in care homes, Solicitors working on Court of Protection and LPA matters regularly advise and intervene (via the police) in cases where an Attorney is suspected of defrauding the elderly person who appointed them to manage their financial affairs.

The extent of elderly financial abuse

Because the victims of elderly financial abuse are often suffering from serious health problems, including dementia, establishing the extent of the problem is challenging. A 2015 report by Age Concern suggests:

“On average, the best estimate for the UK is that between 1 and 2 per cent of people aged 65 or over in the United Kingdom today have suffered (or are currently suffering) financial abuse since turning 65. For estimation of numbers of those older (65+) people living in the community in the UK, there is no strong reason given in the literature to change the original CR/DH study estimate of 1.2%, which would mean approximately 130,000 people living in the community aged 65+ in the UK have suffered financial abuse at some point since turning 65.”

What is elderly financial abuse?

The World Health Organization (WHO) defines elderly financial abuse as:

”The illegal or improper exploitation or use of funds or other resources of the older person.”

Another researcher defines it as:

“the unauthorised and improper use of funds, property or any resources of an older person.” This included the use of theft, coercion or fraud to obtain or try to obtain the older person’s money, possessions or property.”

Most Attorney’s carry out their duties with care and compassion.  However, those that do abuse their positions of trust can cause irreparable damage to the Donor (the person who creates the LPA), their family, and the wider community.

LPA Solicitors tips on how to spot elderly financial abuse

Bank staff, family members, health and care professionals, and Private Client Solicitors are all in a position to spot elderly financial abuse.

Signs of abuse include:

It is sometimes the case that no clear signs are visible, but family members have an inkling that something is not right.  For example, Christine Beeston was jailed for two and a half years in 2018 after she stole £50,000 from her parents who had dementia.  She had obtained Power of Attorney and shortly afterwards, her parents moved to a care home, resulting in Ms Beeston having complete control over their financial affairs. Her brother became suspicious, and after obtaining joint Power of Attorney, he began making enquiries which led to the horrifying discovery of deliberate fraud and theft against his vulnerable parents.

Using an experienced Lasting Power of Attorney solicitor for your affairs

In July 2019, Demos, a think-tank and Cifas, the UK’s fraud prevention community, published a report on the financial abuse of vulnerable people, including the elderly.  The report recommended that to prevent fraud, stricter controls should be placed on LPAs and a “register of people with active Lasting Powers of Attorney, or under Court Order of Protection with real-time updates should be established, which consumer services companies are able to check against”.

One of the best ways to mitigate the risk of your Attorney stealing funds from you is to have your LPA set up by an experienced Solicitor.  Not only can they advise you on how to select an Attorney, but they can also advise on how to limit an Attorney’s power and/or choose multiple Attorneys who can provide checks and balances on each other’s decisions.

To make an appointment with one of our North London Lasting Power of Attorney Solicitors please visit email or phone 020 83490321.