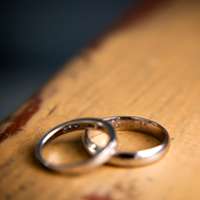 The latest figures from the Office for National Statistics (ONS) show that the divorce rate amongst heterosexual couples in England and Wales has dropped to its lowest level in half a century.

The figures are calculated using information from courts during divorce proceedings and also look at annulments.

Experts believe that the decrease is partly the result of a backlog of cases from 2017.

However, it has been suggested that the main reason for the long-term decline in divorce is a lower number of marriages as more couples opt to cohabit without going through a wedding ceremony.

Divorcing couples were married for an average of 12-and-a-half years and the divorce rate fell to 7.5 per 1,000 married men and women from 8.4 in the previous year.

Unreasonable behaviour, which can include adultery, was given as the most common reason in all divorces last year. More than half (51.9 per cent) of wives and 36.8% of husbands petitioned for divorce on these grounds.

Under the current rules, anyone seeking a divorce must either prove their partner is at fault through adultery, desertion or unreasonable behaviour, or if both agree, they can part after two years of separation.

Without consent or evidence of fault, spouses must wait until they have been living apart for five years.

The ONS said: “Divorces among same-sex couples were first recorded in 2015 and annual increases have been seen each year since then, reflecting growth in the size of the same-sex married population in England and Wales.”