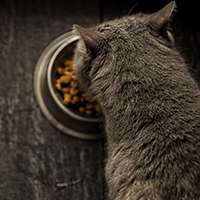 A dispute between neighbours over the feeding of a cat has reached a conclusion after a four-year legal battle.

The dispute saw Jackie and John Hall commence proceedings against their neighbour, Nicola Lesbirel, accusing her of the theft of Maine Coon, Ozzy.

The couple accused Ms Lesbirel of repeatedly removing the cat’s collar and replacing it with one marked with her phone number alongside the words ‘my home’.

After fitting Ozzy with a GPS collar, the couple says that they discovered that he was entering their neighbour’s home on a regular basis.

The couple had been seeking an injunction that would prevent Ms Lesbirel of taking Ozzy into her home or feeding him and the case was due to be heard at Central London County Court.

However, Ms Lesbirel agreed out of court to make legally binding promises that she would restrict her interaction with Ozzy, which include not feeding him, letting him into her home, or putting him in a box or basket.

The Cats Protection League said: “We have never come across a case in which the courts have granted an injunction to prevent someone from feeding their neighbours’ cats.

“We have been contacted from time to time by people who want to know what to do when neighbours feed their cats and, in effect, encourage the cats to relocate.

“In practice, most people who feed other peoples’ cats do so in the well-meaning and honest belief that the cats are strays, have no owners and are hungry.

“From a legal point of view, cats are regarded as property and an offence would be committed under the Theft Act 1968 if the ‘feeder’ dishonestly appropriated the cats with the intention of permanently depriving the owners of their cat.”