Home » Does a dismissal for redundancy of an employee, who has been absent from work due to cancer, constitute discrimination arising from disability? 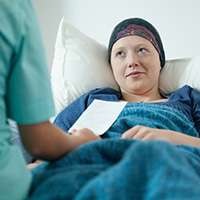 Not necessarily.  In Charlesworth v Dransfields Engineering Services Ltd the Employment Appeal Tribunal (EAT) upheld a tribunal’s decision that, in that particular case, an employee’s two- month absence from work for cancer treatment was the context for his employer deciding that his role was redundant, and was not the cause of his dismissal such as to constitute discrimination because of something arising in consequence of disability. The tribunal concluded that the employee’s absence merely allowed the employer to identify something that it might well have identified in other ways, namely its ability to manage without him.

Mr Charlesworth managed the Rotherham branch of DES Ltd’s business.  The business was not achieving profitability and DES Ltd was on the lookout for costs savings from 2012 onwards. In October 2014, Mr Charlesworth went into hospital for an operation for renal cancer.  He was absent from work for two months, following which he returned full-time. During his absence DES Ltd identified the opportunity to save up to £40,000 a year by deleting his post and absorbing his responsibilities into other roles. Mr Charlesworth was notified of his potential redundancy in March 2015 and consultation followed but ultimately he was dismissed on 28 April. Mr Charlesworth brought claims of unfair dismissal and disability discrimination.  The employment tribunal rejected his claims on the basis that the matter that caused Mr Charlesworth’s dismissal was DES Ltd’s view that it could do without him.  On appeal, the EAT, upheld the employment tribunal’s decision. Mr Charlesworth’s absence was merely the context in which DES Ltd was able to identify its ability to manage without him, not the cause of his dismissal.

Comment: Although in this case the absence was held to be merely part of the context and not an effective cause of the dismissal, each case will depend on its own particular facts. It is difficult to imagine that a tribunal would take the same approach if faced with a similar case where an employer realises while an employee is off on maternity leave that it can do without her post.