Home » Was it discriminatory of an ultra- orthodox Jewish nursery to dismiss a teacher who refused to lie about cohabiting with her boyfriend? 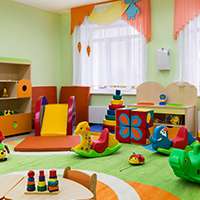 FACTS: Ms de Groen was a Jewish teacher at a Jewish nursery run on ultra-orthodox Chabad principles. At a barbeque with her boyfriend, he revealed in the presence of parents that they lived together, in contravention of ultra- orthodox Jewish belief.  At a meeting, the headteacher and the nursery’s managing director told Ms de Groen that her private life was no concern to the nursery but that it risked damaging the nursery’s reputation so far as the parents were concerned. They both expressed the view that cohabitation outside marriage was wrong, that having children outside marriage was wrong, that time was passing for Ms de Groen to have children and that she should seek counselling if she had problems with the idea of marriage. They suggested that a potential solution would be for Ms de Groen to tell them that she was no longer living with her boyfriend, even if that were not true, so that they could tell parents that this was what she had informed them. Ms de Groen refused to lie, asked for an apology and was dismissed.

The dismissal letter gave a number of grounds for dismissal, including “acting in contravention of the nursery’s culture, ethos and religious beliefs” and damaging the nursery’s reputation.  Ms de Groen brought claims of discrimination and harassment on the grounds of sex (arising from the headteacher’s and managing director’s comments about Ms de Groen having children) and discrimination claims on the grounds of religion and belief.  The employment tribunal upheld all her claims and the nursery appealed to the employment appeals tribunal (EAT).

Comment: As was made clear by Lady Hale in the Supreme Court case of Lee v Ashers (the “gay cake” case), less favourable treatment because of the beliefs of the employer is not enough to make out a religion or belief discrimination claim. The discrimination claim must arise in relation to the protected characteristic of the claimant, not the discriminator.