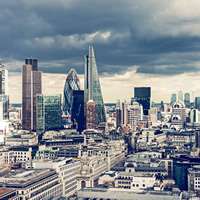 A towering new building is set to be erected on the London skyline after planning chiefs gave the proposal approval last month.

The City of London’s planning and transport committee agreed to grant permission for 1 Leadenhall, a 36 storey structure which will become the latest high-rise in London’s financial district.

Brookfield Property Partners, the developer which has commissioned the building, has said it will comprise of 538,000 sq ft of offices and 51,000 sq ft of retail space.

Martin Jepson, Brookfield’s president and chief operating officer, said the firm was delighted to receive planning permission for the project.

The tower will stand at 182.7 metres tall and will be among the city’s tallest buildings, very similar in stature to The Gherkin but considerably shorter than The Shard.

The proposals had attracted some criticism from conservation groups, who feared 1 Leadenhall would overshadow a nearby historic marketplace, but Mr Jepson insisted that the plans had been carefully drafted so as to be sympathetic to the local area.

The development was given the green light shortly before news emerged that the number of construction projects in Central London has climbed to the highest level since the financial crash.

If you need advice relating to any aspect of a commercial property transaction, our experienced lawyers can provide support at every stage of the process. For further advice please contact the head of the Property team Michael Stock or visit.