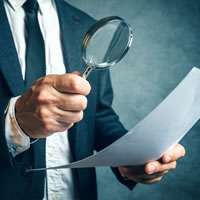 UK adults are being urged to consider the importance of setting up a lasting power of attorney (LPA), following a recent survey carried out as part of Dementia Awareness Week 2017.

The survey, which formed part of nationwide campaign, revealed that as many as 95 per cent of UK adults have not made any preparations for the possibility that they may be affected by dementia later in life.

The worrying news comes despite the fact that The Alzheimer’s Society estimates there are more than 850,000 people currently living with dementia in the UK – a figure that is expected to surpass one million by 2025.

It estimates that the rate at which UK adults develop dementia is equivalent to one person every three minutes.

Separate research has previously found that seven in ten UK adults are ‘anxious’ that they might develop dementia as they grow older.

A lasting power of attorney is a vital yet simple document which gives relatives or carers authority to handle the financial affairs of a loved one who is no longer able to look after themselves, or has lost the ‘mental capacity’ to do so.

Contrary to popular opinion, the power to manage affairs will not automatically pass to close relatives in the event of a loss of mental capacity.

An LPA can prove invaluable under these circumstances, and can be set fairly quickly up by consulting a solicitor for specialist legal advice.

Geoff Dennis, Senior Associate in the Private Client Department at OGR Stock Denton, said: “In this age, people are living longer, with more and more incidents of dementia.

“These statistics again demonstrate the critical importance of having a lasting power of attorney in place to make provision for the management of one’s affairs in the event of incapacity.”