Home » Does covert surveillance at work violate an employee’s right to privacy under Article 8 of the European Convention on Human Rights? 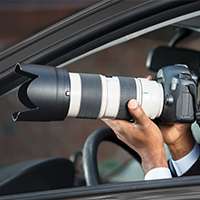 A Spanish supermarket installed surveillance cameras to monitor suspected thefts.  It installed several visible surveillance cameras aimed at detecting theft by customers, and several concealed cameras aimed at recording theft by employees. Shortly afterwards, five employees were caught on video stealing items, and helping co-workers and customers steal items. The employees admitted involvement in the thefts and were dismissed. Spanish courts upheld the dismissals saying that the use of covert surveillance by the supermarket was justified and no other equally effective means of protecting its rights would have interfered less.

The European Court of Human Rights disagreed.  It held that the supermarket’s   decision to install hidden video cameras to monitor suspected thefts by a number of supermarket cashiers violated the cashiers’ privacy rights under Article 8 of the European Convention on Human Rights and that the Spanish courts had failed to strike a fair balance between the employees’ right to respect for their private life and the employer’s interest in protecting its property. The employer’s rights could have been safeguarded by other means, notably by informing the employees in advance of the installation of the surveillance system and providing them with the information required by Spanish data protection law.