Home » Covert recordings in the workplace 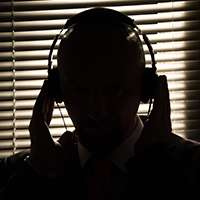 In this issue of OGR Stock Denton Employment Law Update we consider  a question we are often asked by our clients, whether employees are permitted to make covert recordings at work, say in a disciplinary or grievance meeting.

Making a covert recording in an age where almost everyone owns a smartphone is a very straightforward and accessible thing to achieve and means that employees are now able to make secret recordings of meetings with very little effort whereas in the past  to achieve this would have taken considerable organisation on the employee’s part. This issue was considered by the Employment Appeal Tribunal (EAT) in the recent case of Phoenix House v Stockman.

It may be helpful if we first consider the facts of this case.

The Claimant, Mrs Stockman worked as a financial accountant for Phoenix House, a charity. She complained she was unfairly treated during a restructuring process, and while in a meeting with the head of HR she covertly recorded the meeting.  Mrs Stockman was successful in her claim of unfair dismissal against the Respondent. She had been dismissed due to an irretrievable breakdown of relationships, which was not connected to the covert recordings. The tribunal held that this decision was unreasonable and the process that was followed to reach the decision was unfair. It was only during this tribunal claim that it was revealed that Mrs Stockman had covertly recorded the meeting. The Employment Tribunal (ET) found that Mrs Stockman did not make the recordings for entrapment purposes but rather because she was flustered at the time and reduced the compensatory award by 10% to reflect her conduct.

The Respondent appealed the ET’s decision, arguing that had it known about the recording it would have dismissed Mrs Stockman for gross misconduct and that her compensation should therefore be reduced to nil. They argued that Mrs Stockman’s conduct of covertly recording the meeting was a breach of the implied term of mutual trust and confidence.

The EAT dismissed the appeal. They held that the ET had been entitled to find that Mrs Stockman had not recorded the meeting with the intention of entrapment. She had recorded a single meeting because she was concerned about her own position rather than with the intention of obtaining confidential information of the business. The EAT also provided helpful guidance on some of the relevant factors to consider when determining whether or not a covert recording could be justified. These factors are as follows:

The purpose of the recording was relevant, the EAT stated that as Mrs Stockman was not using the covert recording to deceive her employer it could not be gross misconduct; they said

It is therefore important to consider the reasons why an employee may want to record the meeting. Do they simply want to protect their position and have a clear and accurate record of the meeting or are there any other, more complex, reasons that may make you suspicious.

An employee’s knowledge that their actions may constitute misconduct or gross misconduct is always a relevant factor. In this case the EAT observed that employers rarely list covert recording as an example of gross misconduct in their disciplinary policies, although they added that this may now change. The EAT did state that it “considered it good employment practice for an employee or an employer to say if there is any intention to record a meeting save in the most pressing of circumstances – and it will generally amount to misconduct not to do so.”

As always, each case will turn on its own facts. You must look at each situation individually. Is this a case where a naïve and inexperienced employee just wants to make a record of their meeting for their own purposes, and doesn’t really have an understanding about what they are doing? Alternatively is this more a case of an employee who has been specifically told that a recording must not be made and then lied about it?

What is being recorded is also relevant.  If this was a meeting to discuss highly confidential business of the employer or personal information or information about other people compared with a meeting of which a record would normally be kept anyway.

So what does all the above mean to you in practical terms? Here are some practical steps you can take.