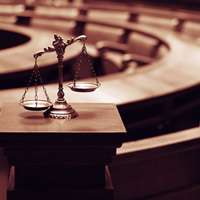 A pilot scheme which grants greater access to the Court of Protection will now run until August.

The trial arrangements, which have allowed for a greater number of proceedings to be heard in public, had originally been introduced last year.

Officials have confirmed they have now been extended until the end of the summer, with a decision to follow on whether the system will become permanent.

The decision was previously taken to hold fewer hearings behind closed doors as part of an effort to improve understanding of how the court works.

Orders are often imposed to protect the anonymity of parties involved and journalists had been warned at the outset of the trial that irresponsible coverage would be likely to bring it to an abrupt end.

Sir James Munby, the senior Judge who ushered in the pilot, argued it would be beneficial to have a more open process “provided the right balance can be struck to safeguard the privacy of people who lack capacity to make their own decisions.”

If you need further guidance on matters relating to the Court of Protection please contact Private Client Partner Geoff Dennis or visit.