Home » Court finds man has the capacity to remarry 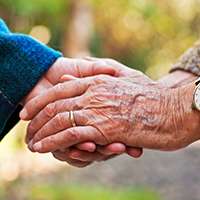 A Court of Protection case made national headlines last month, after reports that an elderly man’s daughters had sought to prevent their father from remarrying.

The man, who is in his 80s and is suffering from dementia, had sought to tie the knot with his long-time partner.

It had been alleged that the man’s daughters – one of whom has Lasting Power of Attorney – had attempted to stop the wedding because they were of the view that he lacked mental capacity to get married and that the arrangement would affect their inheritance.

The Daily Telegraph reported that a Will drawn up five years ago left the lion’s share of his assets – including a £1.5million property – to his three daughters. A £300,000 sum and his pension would pass to his partner.

However, marriage would render the current Will invalid and mean that a more sizeable proportion of the estate would pass to his new wife.

He said that he was convinced that the man, who has not been named for legal reasons, had the capacity to marry and accepted a doctor’s testimony that the individual understood the legal implications of doing so.

The Judge voiced hopes that the man’s three daughters and girlfriend could “find a way of moving forward together after this very bitter dispute”, noting that he would rely on their support as his health continued to deteriorate.

For advice on the Court of Protection, please contact our head of Private Client Richard Denton or visit our website.