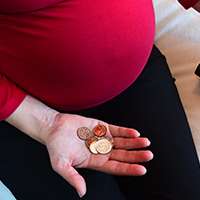 In a key judgment relating to the paid leave that parents can take following the birth of a child, the Court of Appeal has said that employers can enhance maternity pay, while only offering statutory parental pay to fathers.

Two claims were rejected by the court because the law allows employers to make exceptions for women on maternity leave.

The court agreed with Leicestershire Police that Hextall’s claim was about equal pay, rather than indirect discrimination. However, the exceptions in law for women on maternity leave meant that the claim could not be successful.

The judges, in this case, ruled that the arguments put forward were an “attack against the whole statutory scheme”. They added that the “entire period of maternity leave, following childbirth, is for more than facilitating childcare.”

A statutory exemption was made by Parliament to allow women special treatment in relation to pregnancy and giving birth. Women on maternity leave are given this treatment to recover from childbirth, cope with pregnancy and bond with and care for their new-born children.

An increasing number of employers are equalising parental pay, with diversity experts arguing that doing so can have widespread ramifications for equality in the workplace.