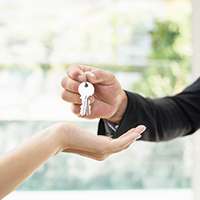 The Law Commission, the body that advises the Government on law reform, is consulting on making ‘commonhold’ property ownership more widely available.

Under the ‘commonhold’ system people can own a flat without the complication of a lease expiring. The people who own flats in a building become ‘commonholders’ as members of a company, which owns the land and structure of the building.

Despite having been in 2002, fewer than 20 commonholds have actually been created.

Professor Nick Hopkins, Law Commissioner for property, family and trusts, said: “Commonhold provides a once in a generation opportunity to rethink how we own property in England and Wales and offers homeowners an alternative system to leasehold.

“It involves a culture change, moving away from an ‘us and them’ mindset, towards ‘us and ourselves’. We want to hear what people think of our proposals so we can be sure the commonhold system will work for homeowners and the wider property sector.”