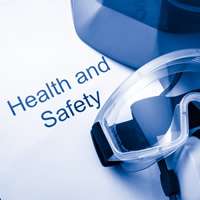 A construction firm has been found guilty of serious health and safety breaches and fined hundreds of thousands of pounds after a contractor sustained a serious, life-changing injury.

F Brazil Reinforcements Ltd, Essex, faced a Health and Safety Executive (HSE) investigation after welder Felix Trefas has his leg crushed between two cranes while attempting to reset machinery that had broken down.

The 27-year-old was promptly rushed to hospital, where doctors had no choice but to amputate his left leg below the knee, according to reports.

An HSE investigation revealed that the company’s cranes were ‘poorly maintained’ – and that workers would regularly need to ‘climb up’ to reset them.

In the case of Mr Trefas, “another worker who hadn’t realised that Mr Trefas was there, moved an adjacent crane which came into contact with the crane he was on, crushing his leg,” HSE spokesperson Briony Clarke told a Court.

“He asked them to move the crane back and saw that his leg was attached by the skin only,” HSE added.

Their assessment of the site also revealed that F Brazil Reinforcements Ltd had failed to address previous concerns raised by Executives regarding ‘dirty’ and unacceptable toilet and washing facilities.

“This was an extremely dangerous system which appears to have been adopted by the company rather than seeking to put it right. [The incident] should never have happened,” said Judge Woollard, sentencing at Southend Magistrates Court.