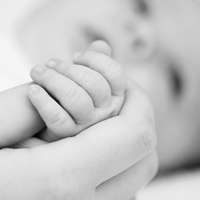 An investigation by the spending watchdog has suggested that at least £3billion in child maintenance payments may never be paid.

A report collated by the National Audit Office (NAO) found that three quarters of the payments which are owed by absent parents have been classed as “uncollectable” by the Department for Work and Pensions.

A further sum, totalling £527million, is considered “potentially collectable”, with the remaining £366million of the current arrears “likely to be collected”.

Notably, a significant share of the overall arrears – equivalent to around £1.4 billion – is owed by just four cent of absent parents.

The NAO inquiry primarily centred on the decision to replace the Child Support Agency (CSA) with the Child Maintenance Service (CMS) five years ago.

Towards the end of its life, the CSA had been dogged by criticism over poor customer service, administrative blunders and a raft of IT problems.

But the efforts to wind-up the outstanding cases, some of which date back over two decades, have themselves been marred by mistakes and accusations of a lack of progress.

By September last year, officials had hoped to wind-up half of the ongoing cases, whereas in fact they had only managed to close around a third.

A DWP spokesman said: “The old system wasn’t good enough, which is why the CSA has been replaced, and today nearly 90 per cent of parents are paying the maintenance they owe.

“We are taking enforcement action in a higher proportion of historic cases than in the past and will be publishing a strategy for addressing arrears in due course.”