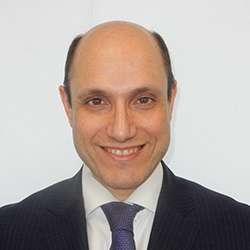 Couples who live together have no automatic property rights in lifetime or on death unless they are married or in a civil partnership.

If a couple who live together split up, without a living together agreement, they cannot ask the courts to decide who should keep different possessions because of their status. Nor can they ask a court to order one partner to support the other financially. A partner who does not own a share of the home could find themselves homeless as a result.

Likewise, the surviving partner cannot claim the Bereavement Support Payments that the government pays surviving spouses and civil partners. Siobhan McLaughlin from Northern Ireland brought a case to the Supreme Court earlier this year, challenging the decision to deny her benefit payments because she was not married to her late partner. The Supreme Court decided that the rules breached her human rights, but the government has not yet changed the law.

This problem has also affected several other families recently, including the family of a man from South Gloucestershire. Stacey lived with Matt for five years until he died in a car crash earlier this year. Their children are aged just two and four. Because Stacey and Matt were not married, Stacey cannot claim full Bereavement Support Payments. Instead, she is only entitled to benefits of £20 a week.

Stacey’s sister, Samantha, set up a petition that nearly 100,000 people have signed. It asks the government to give surviving partners the same benefits as surviving spouses and civil partners.

Contact us today for more information about how you can protect yourself if you live with your partner but you are not married or in a civil partnership.